We’re proud to announce that we have received the Great Uptime Award by HostAdvice. Being anonymously tested by HostAdvice for 2 months, our hosting services have successfully passed their uptime test. It’s a great honor that we are being continuously recognized by different third parties this year. We would like to thank HostAdvice for acknowledging our great uptime and thank our engineers and technical staff for their important contributions.

VPS is the abbreviation for Virtual Private Server. VPS hosting is one of the most popular hosting services you can choose for your website.  Any company is looking for a short-term growth. That’s why the big majority gives itself the services of SEO agency or Magento development to take care of its image thanks to new technologies.

END_OF_DOCUMENT_TOKEN_TO_BE_REPLACED

Ecommerce is one of the main trends of the 21st century. Thousands of online stores that do not have a physical outlet, but are still thriving. However, it will take a lot of effort directed towards marketing for outlets without online stores to survive. Getting a website is not as easy as it sounds. It takes a lot of effort and input, these efforts when inputted properly can yield the desired results.

One of the process of getting a website is the acquisition of a web hosting plan or service. This is very crucial as your web host will be entrusted with ensure the speed and security of your website. In addition, your web host will be entrusted with providing you with the adequate support as it regards keeping your website running. Without the proper or appropriate web host, even the best website development company or web development company can be made to look like amateurs. This is to show you how important this stage is. Some of the tips stated below will guide you on what you MUST consider when choosing the host for your website.

END_OF_DOCUMENT_TOKEN_TO_BE_REPLACED

For all too many companies, it’s not until after a breach has occurred that web security becomes a priority. During my years working as an IT Security professional, I have seen time and time again how obscure the world of IT Security is to so many of my fellow programmers.

An effective approach to IT security must, by definition, be proactive and defensive. Toward that end, this post is aimed at sparking a security mindset, hopefully injecting the reader with a healthy dose of paranoia.

In particular, this guide focuses on 10 common and significant web security pitfalls to be aware of, including recommendations on how they can be avoided. The focus is on the Top 10 Web Vulnerabilities identified by the Open Web Application Security Project (OWASP), an international, non-profit organization whose goal is to improve software security across the globe.

A little web security primer before we start – authentication and authorization

When speaking with other programmers and IT professionals, I often encounter confusion regarding the distinction between authorization and authentication. And of course, the fact the abbreviation auth is often used for both helps aggravate this common confusion. This confusion is so common that maybe this issue should be included in this post as “Common Web Vulnerability Zero”.

So before we proceed, let’s clearly the distinction between these two terms:

Authentication: Verifying that a person is (or at least appears to be) a specific user, since he/she has correctly provided their security credentials (password, answers to security questions, fingerprint scan, etc.).

To meet growing demands of our customer we are happy to announce the launch of our new location in Dallas, USA. The decision to open a Dallas datacenter will have a positive impact on our customers throughout the region, in terms of reduced latency and other regulations. 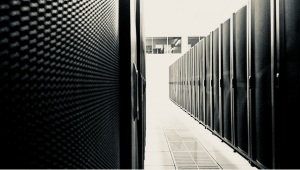